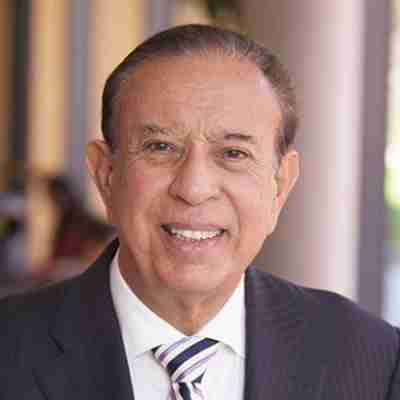 50 Years of Leadership and Business Wisdom from Dr. Modesto Maidique

Today’s show – 50 Years of Leadership and Business Wisdom from Dr. Modesto Maidique who is the co-founder of Analog Devices and the President Emeritus of Florida International University in Miami which has an enrolment of over 50,000 students. Dr. Maidique is internationally recognized as a leader in higher education and management of high technology enterprises.

Dr. Maidique is a Cuban immigrant who literally moved to the United States after high school, got into one of the top universities in the world – MIT – where he obtained his bachelors, masters and doctorate, went on to teach at MIT, Harvard and Stanford before co-founding Analog Devices. He later served as the President of Florida International University (FIU) for 23 years. He took a campus behind an abandoned airfield and built it up to the current campus with over 50,000 students and one of the largest public universities in the country. He started many schools at FIU including the colleges of Law, Engineering, Architecture, Public Health and the FIU College of Medicine. He knows a lot about leadership and heads up the Executive Director of the Center for Leadership at FIU. He has an upcoming article on the five levels of leadership appearing in the Sloan Management Review. He is also an expert on innovation and the management of technology.

Listen to Dr. Mitch Maidique in conversation with Ram Iyer and benefit from his 50 years of experience in leadership at https://businessthinking.com/podcasts.

He has served on several presidential commissions and advised many American presidents. The main campus of FIU is named after him – the Modesto Maidique campus. He is an entrepreneur, academic researcher, teacher and community activist. He is a contributing author to ten books. Maidique currently serves on the boards of National Semiconductor and the Carnival Corporation.

In this wide-ranging interview, the Cuban immigrant who has risen to national prominence and is one of the most prominent Cuban Americans discusses:

Listen to Dr. Mitch Maidique in conversation with Ram Iyer and benefit from his 50 years of experience in leadership at https://businessthinking.com/podcasts.

P.S. I realized a rather obvious thing. Most of us listen to podcasts like this but never act on it. You can only learn and get better results from the insights when you L.P.T. – listen, practice deliberately and tell/teach others, whether they are colleagues, friends or family. I hope you L.P.T., whatever you glean from this podcast.

You can find additional podcast episodes on how you can become more successful in life and business at https://MiTRamiyer.com/podcasts